How to Fix a Sewer Gas Smell

This project explains how to fix a sewer gas smell coming from under the bathroom sink by replacing the one-way air admittance plumbing valve.

A distinct sewer gas odor was coming from the bathroom sink area. At first I wondered if there were a leaky pipe or such. Sniffing around, it was clearly strongest under the vanity. I discovered the Studor® Mini Vent, a plumbing air admittance valve had gone bad, allowing sewer gases to back flow into the house. 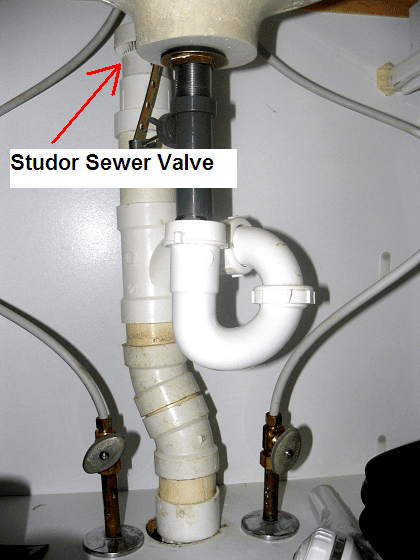 How to Fix a Sewer Gas Smell

The Studor Vent is a one-way air admittance valve that allows air to flow into the drain pipe but not out into the room. Running water going down the drain pipe creates a vacuum that could siphon the U-trap dry. The purpose of the U-trap (also called a P-trap or J-trap) is to create a water seal to prevent sewer gasses from coming back up the sink drain. The Studor Vent allows air into the pipe to break the vacuum preserving the water seal in the U-trap.

The Studor vent is commonly installed under the sink at least 4″ inches above the weir of the trap in situations where connecting to a vent pipe to the roof is not practical. A quick inventory of my house found a Studor Mini Vent is installed at nearly every bathroom sink and the kitchen sink. 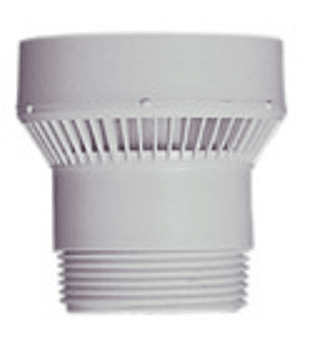 This vent is about 8 years old and malfunctioned because flies and mosquitoes (yuck!) from the sewer line had clogged up the valve, preventing it from fully closing to seal out the sewer gases. 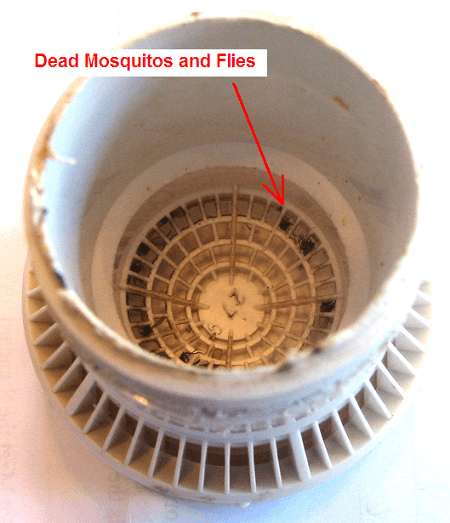 A new Studor Mini Vent was purchased at the local home improvement for about $23.00. The old vent was removed with a pair of Channel Lock Pliers because the threads were tight due to the hardened plumbers putty on the pipe threads. Aside: Do not use Plumber’s Putty on the Studor Vent threads! The plumber made a mistake when the original vent was installed. Be sure grasp the main pipe firmly to minimize torquing the PVC glue joints when unscrewing the old vent.

The threads of the new Studor Vent are wrapped with a two or three turns of PFTE thread seal tape or Teflon Thread Seal Tape (if using the Du Pont name brand tape as I am), then new vent screwed on hand tight:

Replacing the Studor Mini-Vent only required 5 minutes or so to do the job.

While I was working on the sink, I also replaced the original cheap gray plastic hot & cold water faucet hook-up lines with heavy-duty vinyl faucet connectors reinforced with a braided stainless steel wire. I worried those cheap gray lines might burst and flood the house some day. An easy job, just turn off the faucet water supply valves inside the sink cabinet and the rest is working with two adjustable wrenches.

Hope this saves you some money.